Now that Lent is underway, Bishop begins a series of shows that feature his reflections upon the Old Testament readings from the Easter Vigil Mass…plus listener-submitted questions.

• What do you think about women as theologians and women who teach theology in schools and college?

• Where is settlement money for the catholic sex abuse scandals coming from? How does it impact the US dioceses? I want to financially give to my parish and catholic charities, but am conflicted knowing that the catholic church in the US is facing huge settlement costs, and I wonder how it is being funded and if that is where my contributions are going.

• If you have a moral obligation to vote, is it a grave sin not to vote?

• Are there any days that Office for the Dead cannot be prayed?

• Is there a term for someone who regularly goes to Catholic Church (with a spouse, etc.), but has not gone through an RCIA program and received all of the sacraments of initiation? Protestant churches immediately have people identify themselves as Baptist or Lutheran whenever they change churches. But many people have said they don’t feel welcome immediately in the Catholic Church. Do you think that this requirement for training in RCIA to come to full communion with the Catholic Church, which is a different approach from many protestant churches, may be some of the cause of these feelings? Or am I completely wrong and they could identify themselves as Catholic without receiving the sacraments of initiation? Children who have not received all of the sacraments still identify themselves as Catholic.

• A few questions have come to mind recently regarding how the Holy Mother Church determines and declares the physical healing of a person a miracle. If you would be so kind as to answer the questions on Redeemer Radio and keep who sent the question anonymous.

Has recent history always connected the official declaration of the physical healing of a person to an individual who is in the process of sainthood?

Said another way, would a verifiable physical healing which can be cross-referenced with multiple medical records, ever be declared an official miracle by the Holy Mother Church without being connected to the process of an individual’s exemplary life and from the intercession of that prospective saint?

Can a verification/validation of a physical healing be declared officially with one empirical test result, or does it require multiple tests and of different types e. g. x-ray, blood tests, biopsy) that what was once there clinically speaking has been healed?

Also in the process, must more than one facility verify the testing and over time (days/weeks/months) for the healing to be declared by the Holy Mother Church?

Conversely, would a one-time biopsy which produced a positive result for cancer, but then later the doctor reports no cancer was ever found, be considered a miracle for the cause of sainthood including intercessory prayer for the prospective saint?

I think of the TV evangelist who declares physical healing when praying over someone and goes on to declare this physical healing is indeed a miracle compared to the process the Holy Mother Church uses to validate a miracle with many experts and I am comforted.

——
Truth in Charity is brought to you in part by Notre Dame Federal Credit Union.
——
Live: www.redeemerradio.com 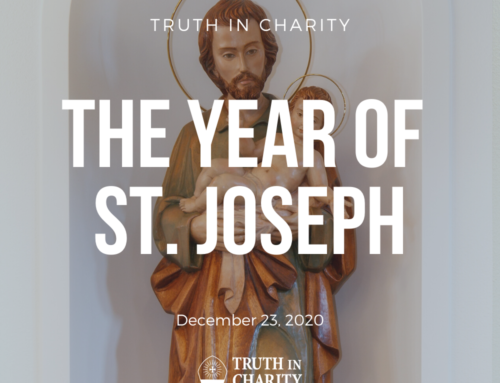 Truth in Charity – The Year of St. Joseph

Truth in Charity – The Year of St. Joseph 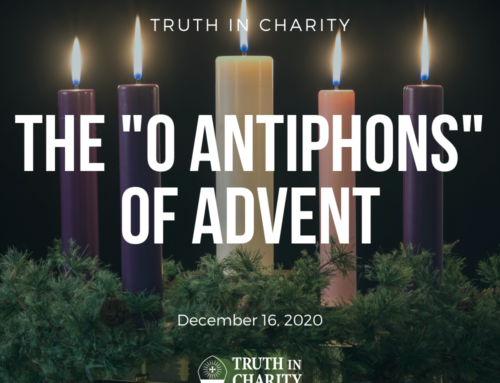 Truth in Charity – The “O Antiphons” of Advent

Truth in Charity – The “O Antiphons” of Advent 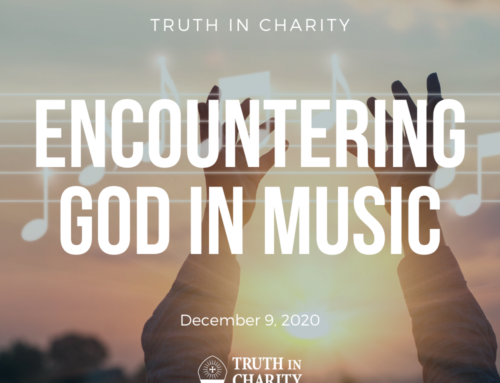 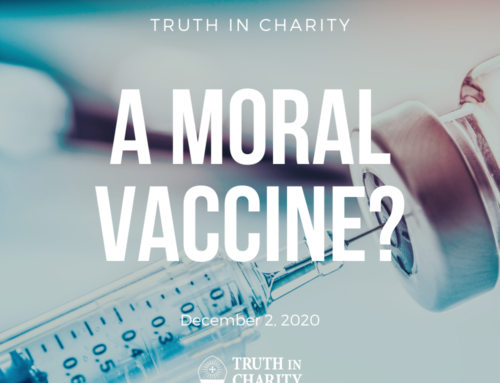 Truth in Charity – A Moral Vaccine?

Truth in Charity – A Moral Vaccine? 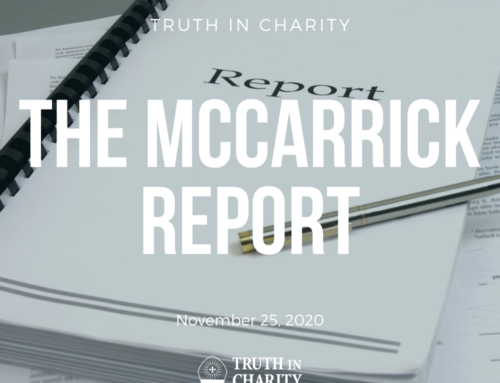 Truth in Charity – The McCarrick Report

Truth in Charity – The McCarrick Report