In Let Love (airing 2:06-2:45am ET), Sr. Mariae Agnus Dei, SV and Sr. Marie Veritas, SV talk about how true humor can open us up to God and help us see reality with fresh eyes.

In Catholic Sprouts (airing 2:45-2:50am ET), Nancy’s sister who is a religious sister is answering questions about what it’s like to be a nun, like how she knew she was called to be one.

In Renovo (airing 2:55-3:19am ET), Doug Tooke takes a look at the history of the city of Jerusalem and why it’s important enough for so many people to fight over it.

In American Catholic History (airing 3:38-4:00am ET), Tom and Noelle tell the story of Patricia Neal who endured trouble and tragedy in her life through infidelity, abortion, and illness but eventually found faith, forgiveness, and redemption in the Catholic faith.

In The Paul George Show (airing 4:03-5:00am ET), Paul and Dcn. Adam talk about how to have a gritty faith, how we can learn to love Jesus in the Eucharist, and more.

In Do Something Beautiful (airing 5:05-5:47am ET), Leah talks to Jackie Francois Angel about motherhood, prayer life, and what to do when you feel like you’re drowning in the day to day.

In Thinking Faith (airing 5:50-6:14am ET), Dcn. Eric kicks off Mental Health Awareness Month by looking at the lives of Sts. Louis Martin and Therese of Lisieux and how their lives were impacted by mental health struggles.

In Church Life Today (airing 7:27-8:00am ET), Hans Plate from Vinea Research talks about the findings of his team’s study on the impact of COVID-19 on US Catholics.

In Poco a Poco (airing 9:03-10:00am ET), the friars share some “hot takes” about living the Christian life like when we should pray for people, how we can keep from making people into our projects, and more.

In You Were Born for This (airing 10:06-10:30am ET), Fr. John and Mary reflect on the increasing hostility towards the Church in the light of Scripture.

In Catholic Sprouts (airing 10:30-10:35am ET), Nancy’s sister who is a religious sister is answering questions about what it’s like to be a nun, today she’s talking about what it means and feels like to be married to Jesus.

In Being Human (airing 10:40-10:59am ET), Dr. Bottaro talks about the right way and the wrong way to go about changing our emotions.

In Ave Explores (airing 11:17-12:00pm ET), Fr. Patrick Mary Briscoe, OP talks about the Mass and its importance as the place where we stand at the food of the Cross and are transformed and where we meet in community with fellow Catholics.

In The Feminine Genius (airing 1:05-1:40pm ET), Jill Simons shares how she’s come to see her identity as God’s daughter, the story behind Pink Salt Riot, and how we can all stop hurrying and worrying, resting first in God’s love for us.

In Jimmy Akin’s Mysterious World (airing 1:43-3:14pm ET), Jimmy and Dom delve into the international investigation that was touched off when a woman’s body was found in a remote valley in Norway, and the mystery that remains to this day as to the Isdal Woman’s identity and how she died.

In Truth in Charity (airing 3:17-4:00pm ET), Bishop Rhoades addresses the leaked Supreme Court draft that could overturn Roe v. Wade and what a future without nationwide legal abortion might look like.

In Doctor, Doctor (airing 4:03-5:00am ET), Dr. Gwyneth Spaeder talks about the most important things parents should be doing with their children to make the biggest difference in their lives. She covers how to spend quality time with them at different ages, discipline, screen time, friendships, when and how to talk about sexuality, and more.

In CNA Newsroom (airing 5:06-5:53pm ET), we hear the stories of people whose lives took a dramatic and unexpected turn from what they were before – and often became better than they could have ever imagined.

In Catholic Sprouts (airing 5:59-6:08pm ET), Nancy’s sister who is a religious sister is answering questions about what it’s like to be a nun, today she’s talking about what her community is like.

In The Pilgrim Soul Podcast (airing 6:14-7:00pm ET), Sofia and Adrianna have a conversation about the virtues of a childlike heart, from their respective perspectives as developmental neuroscientist and mother of two.

In The Messy Family Podcast (airing 7:03-8:00pm ET), Mike and Alicia talk to Chris and Natalie Stefanick about how their marriages has been a source of trial and difficulty but also great healing.

In Abiding Together (airing 8:05-8:45pm ET), Sr. Miriam, Michelle, and Heather talk about how God created us for intimate communion with Him no matter our vocation or state in life.

In Restore the Glory (airing 8:48-9:43pm ET), Jake and Bob finish up their series on the Healing of the Family by discussing sibling wounds.

In Catholic Stuff You Should Know (airing 9:46-10:30pm ET), we hear some thoughts on how we know we’re ready to change and how to actually do it.

In The Word on Fire Show (airing 10:33-11:00pm ET), Brandon Vogt and  Bishop Barron discuss five ways to help young people escape false dilemma between faith and science and come to understand that there is no actual conflict between true faith and legitimate science. 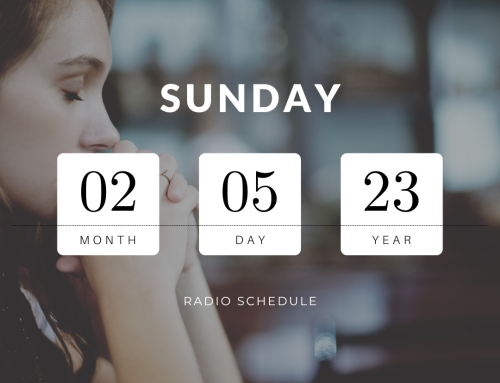 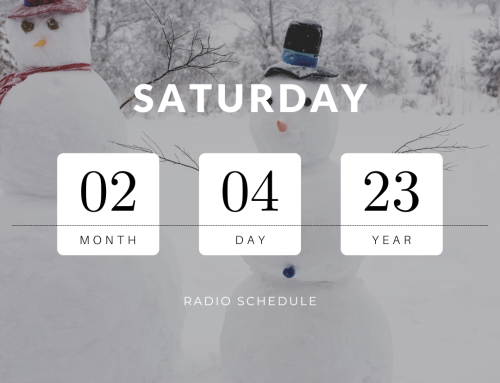