“Being able to be part of St. Adalbert’s is really a gift that I was able to receive. Being there helping and being involved in the Church and the ministries there, it’s helped me grow both in faith and as a person, because I’ve been able to interact with a lot of parishioners there and been able to help them and just be there for whenever the priest or someone else needs help.”

St. Joseph High School senior and St. Adalbert’s parishioner Esteban Alvarez is our Redeemer Radio 95.7FM Student of the Month for March, brought to you by Ben’s Soft Pretzels. The Redeemer Radio Student of the month recognizes high school seniors who excel in the classroom, show a strong Catholic faith and are involved in extracurricular activities.

Esteban is one of 8 kids in his family and the oldest son. He admits life in a big family can be chaotic at times but it’s also rewarding.

“Right now my role in the household is basically to help out as much as I can with my siblings and try to help them with their homework because my two older sisters are at college, so they’re not at home,” Esteban explains. “So I started being able to take more responsibilities, like taking care of the kids when my parents need to go out and also helping them with their responsibilities as well as their homework. They come to me when they need something. I like being able to be there for them when they need me.”

Esteban didn’t become Catholic until he was in 3rd grade.

“I knew what Church was and I would go here and there, but I wasn’t extremely involved in my faith until my siblings and I transferred over from public schools to St. Adalbert’s. Then my parents asked me if I wanted to be baptized. And I said, yes. I went to classes for a few weeks and after a while, I was able to be baptized along with my three younger brothers. We were able to choose our own godparents and we chose some priests that we knew that were family friends. So from that point forward, I became more involved in my Church and in my faith.”

Esteban says being able to go threw some classes to understand what baptism was, really helped.

“From that point on, I started understanding a little bit more what being Catholic meant,” he continued.” And I would see like these people in my life that would be playing out their roles in the Church and that really helped me to gain more understanding of what I was going and coming into. My two older sisters, they were baptized when they were younger. I didn’t really know because they couldn’t tell me what it was like. But I really liked being able to answer for myself. Like they asked the questions to renounce evil and you accepted the faith as your own. I was able to do that. I think that’s what really helped me to become really involved.”

Esteban takes his studies seriously. He has a 3.7 GPA and plans to study pre-law in college because he wants to help others.

He says he’s enjoyed his time at St. Joseph High School where he’s a part of student council, unity council and the National Honors Society.

“I’ve really liked how I was able to go into it not knowing many people and then freshman year I was able to branch out a little bit more and talk to a lot of new people that I never imagined that I would meet and just start friendships and relationships that I’ve been continued to grow and keep.”

At St. Adalbert’s, he’s served in many ways. He’s been a Youth Group Leader, videographer for Masses, Eucharistic Minster and Altar Server.

“I started altar serving in the 4th grade after I did my First Communion,” he says. “I really liked being able to be up on the Altar and see what the priests were doing. I’ve always been able to help out in the Church in so many different ways. I really like being able to be present in there and actually help out, because it also helps me understand better what’s actually happening during the Mass.”

“What strikes me most about Esteban is his humility and his inclination to serve,” Fr. Zach explained. “When I arrived at St. Adalbert’s and was asked to be a youth minister, Esteban was always the first person to jump in to help and make sure all was ready as I tried to figure out how to minister to 80 youths at the same time. He would simply ask week after week, “what can I do?” Whatever I asked him, he would do right away without ever giving a single complaint. Even when I didn’t ask him, he could see what needed to be done and do it. That’s an unusual quality these days! On top of that, Esteban is humble. He never gave any indication of expecting anything in return–not praise, not to get on my “good side,” not even to have himself stand out from his peers. This is all the more powerful because Esteban is incredibly gifted: he’s an excellent student that demonstrates his intelligence and leadership in and out of the classroom. Finally, Esteban noticed last semester that he was stretched too thin. He was so involved and in such difficult classes that he realized he needed to step back a little and reevaluate his focus. That is a mark of a well formed person! I look forward to see the great works that God will do through him!”

Esteban learned a lot when he realized he had too much on his plate. He spoke to Fr. Zach and Fr. Ryan and they told him to do what was best for him to get well emotionally and physically. Those were encouraging words for Esteban to hear.

“It’s really helpful because sometimes I don’t focus too much on myself,” he explains. “I focus more on other people and being there for others and helping them that I don’t necessarily take enough time for myself. And like hearing that from people that I respect and I’ve been able to help, it’s really something that helped me.”

But just because he knew he needed to step away and that his pastors supported him in doing so, that didn’t make it easy.

“It was quite difficult because like I said, I like being there and I like being helpful and being able to like teach younger kids what the faith is,” Esteban says. “That is something important to be because I want them to realize that Confirmation isn’t just something that you receive and then just let it go. You have to take time to be in there, being the faith and growing it. I’ve missed being at youth group because it gives me a sense of purpose, a sense of belonging in which I can help others see what I’ve come to see as true faith. Taking time–putting it away for a little bit– was difficult mainly because I like being able to help.”

By taking a step back, Esteban was able to make room for important things he was neglecting.

“I wasn’t taking enough time to sit in prayer and just talk to God per se,” he says. “During that time I was able to take some time away from all the noise and distractions and I would just sit and I would just listen and just sit peacefully, quietly, trying to just calm myself down and also be open to whatever God was trying to tell me.”

Esteban says he would like to give a shoutout to his parents, family and everyone at St. Adalbert’s that helped him grow as a person.

Esteban will receive a $25 gift card from Ben’s Soft Pretzels. 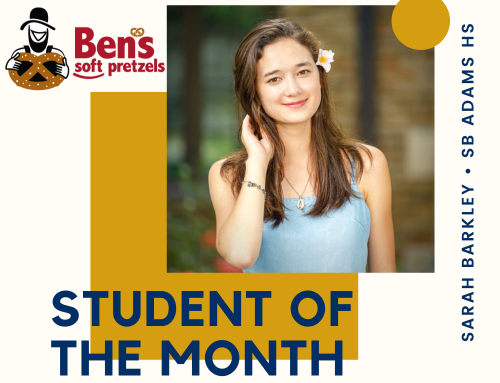 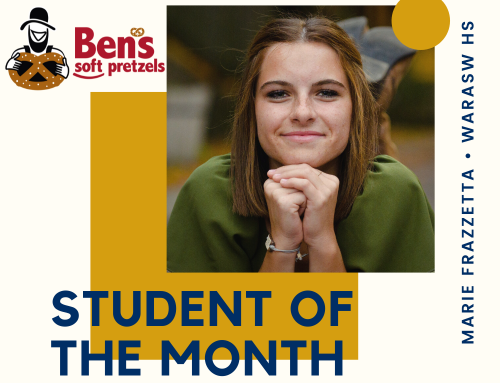 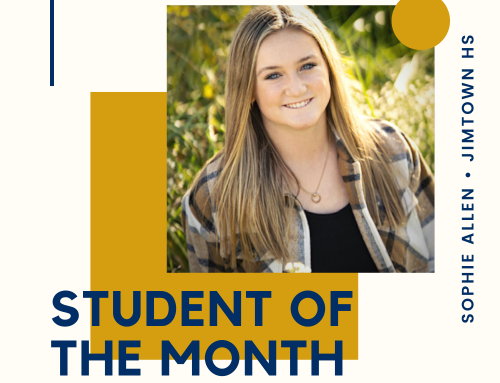 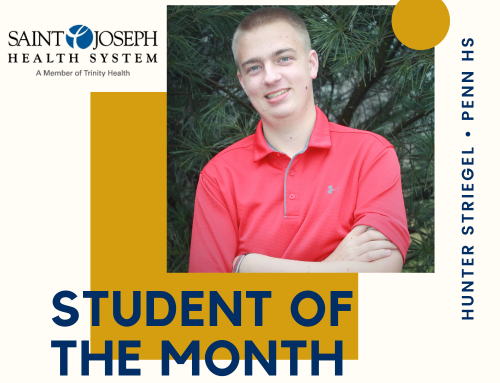